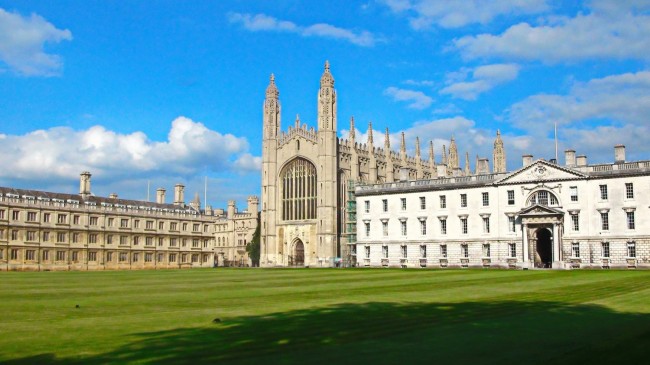 One of the most picturesque cities in the world is Cambridge. How it came to be is a fantastic story that spans more than 800 years, as Fahim Imam-Sadeque explains.

The city dated back as far as the Bronze Age and was an important trading centre during the Viking and Roman empires. It's home to the University of Cambridge, founded in 1209, and many architectural wonders dot the landscape.

The city of Cambridge has a long and fascinating history. Here are just some of the truly unique stories.

Before the City Charter

King Henry I granted the city of Cambridge its charter in the early 1100s. But there is much more to Cambridge than "just" those last 900 years.

The earliest signs of human life near Cambridge date back to prehistoric times. Remains of a farmstead were discovered near Fitzwilliam College that dates back roughly 3,500 years.

In AD 70, the Romans ruled the area that is now known as Cambridge. They built a principal fort on Castle Hill called Duroliponte. About 50 years after it was built, it was converted to use for civilians. Romans had various farmsteads in what is now the city and even an entire village in Newnham.

By the end of the fifth century, there is evidence that Anglo-Saxons had invaded the region and began occupying the land around Castle Hill. The area eventually was known as Grantebrycge, which in Middle English was changed to Cambridge.

The city ran into ruins by the seventh century until the Vikings arrived in 875. The English retook the region in 1068 after William of Normandy's conquest of the area.

It was under Henry I that Cambridge was officially chartered as a city. It had a borough court, and his kingdom ruled over the waterborne traffic around the city.

It was in 1209 that Cambridge University was first founded by students of Oxford who fled hostility.

In the mid-1300s, the Black Death took a significant toll on the city, with nearly half of the scholars at King's Hall succumbing to the plague. Another epidemic that happened 12 years later nearly wiped out the entire population.

There were so many different outbreaks up through the 16th century that the city needed modernisation. That's when fresh water and sanitation practices were brought to the town.

This modernisation allowed the city of Cambridge to grow. It was a central site for the English Civil War, serving as the Eastern Counties Association's headquarters.

The city experienced rapid expansion during the 19th century, thanks largely to improved agriculture production and increased trade. As a result, the boundaries of the city were expanded in both 1801 and then again in 1807.

When the railway came to Cambridge in the middle of the century, it connected people and goods through the London to Norwich line. This led to the development of other areas surrounding the railway station, most notably Romsey Town.

It wasn't until 1951 that Cambridge was granted its official city charter. The city doesn't have a cathedral, which was traditionally required for any town to achieve city status. But, the town was given its charter that year, even though it was part of the Church of England Diocese of Ely.

Shopping arcades began to be built in the 1960s, and though some of those have been demolished, others have opened at Lion Yard.

Today, as Fahim Imam-Sadeque explains, the city of Cambridge is a wonderful place to visit and enjoy the architecture that's been influenced by more than 800 years of rule from different regions.

Fahim Imam-Sadeque is a business development professional with proven experience in the asset management industry. He has a Bachelor of Science in Actuarial Science from the City University of London and is a Fellow of the Institute of Actuaries. Fahim's top skills include asset management, hedge funds, investment management, sales, and consultant & client relationship management.