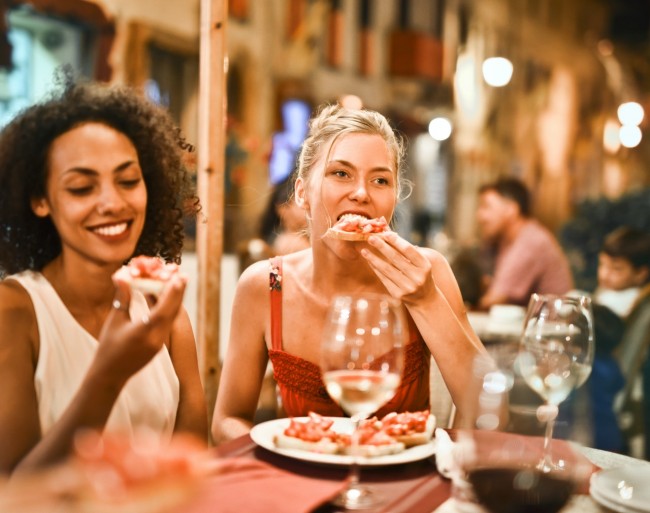 As kids, we'd probably get used to the line "chew your food!" from our scowling mum at the dining table; and now as adults you very likely have once snapped at your kid using those same words.

Well, for whatever reason parents have for being stern with that advice, it now has a scientific backing as a new study shows that chewing food does a lot more good than just table manners niceties.

"It's important to continue studies into all aspects or oral care. As professionals we need to be looking at all ways to improve out dental care!." - Dental Professionals - Buckle Advanced Dental

A new study, published in the scientific journal Immunity, says chewing food or mastication helps stimulate the release of an immune cell, T helper 17 (Th17), in the mouth which prevents infection.

Th17 cells are part of an adaptive immune system that defends against potentially harmful pathogens using specific antigens; while tolerating harmless bacteria that can boost health.

According to the study team leader, Dr. Joanne Konkel of the University of Manchester, Th17 cells are created in the gut and the skin through the presence of friendly bacteria. However, the researchers are yet to discover how Th17 cells are produced in the mouth.

Chewing can trigger a protective immune reaction in the gum

While undertaking the research, Dr. Konkel and his team note that the mechanical force used in chewing or mastication causes a physiological abrasion and sore in the mouth.

With this observation in mind, the study group investigated if such oral damage plays any role in the production of Th17 cells in the mouth.

In making the new discovery, the researchers fed growing mice soft foods, which didn't require much chewing until they were 24 weeks old. After that age, the release and amount of Th17 cells in the mouth of the rodents was calculated.

It was observed that there was a significant reduction in the amount of Th17 produced, which the research team theorized was a result of the reduction in the extent of chewing that causes physiological damage to the gums.

A reverse investigation using the same test object confirmed the theory. The researchers increased the levels of physiological damage in the rodents' mouth by rubbing their gums with a sterilized cotton applicator. The result was an increase in the production of Th17 cells.

Dr. Konkel and his team believe the finding shows that chewing food could help protect us against illness.

The team leader said the immune system does an amazing balancing act at barrier points in the body such as the skin, mouth and gut by defending the system against dangerous pathogens while at the same time enduring the presence of regular and harmless bacteria.

Dr. Konkel added that unlike other barriers, the mouth stimulates the production of Th17 cells in a different way, using mastication rather than bacteria. As a result, chewing can trigger a protective immune reaction in the gum.

As a rule of the thumb, to maintain good dental health, dentists recommend regular cleanings and exams to keep the teeth and gums healthy and to prevent dental conditions and diseases.

...But too much chewing can be harmful

The study team, however, warned that excessive Th17 cell production in the mouth may not always be good to the health, as it can expose the individual to the risk of periodontitis (gum disease).

Periodontitis has been linked to other health complications like diabetes and rheumatoid arthritis.

In the study conducted with the weaning mice, the rodents were also fed hard food, which forced them to chew harder. The result showed that more physiological damage in their mouths was induced by mastication, which led to more periodontal bone loss.