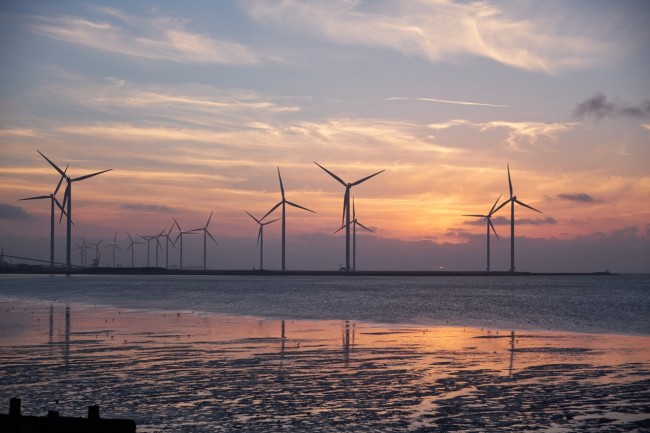 "The days when any sort of wind power needed a subsidy to be commercially viable may soon be over. In one country, they already are," reports Fortune's Geoffrey Smith, highlighting how large-scale private investment is making wind power more possible - and affordable - than in days gone by. In September 2019, the UK held an auction (the third of its kind in five years), offering contracts to renewable energy providers in an aim to stay true to the UK's commitment to being carbon-neutral by 2050. The winning bidders will be powering millions of homes without relying on a single subsidy. Planning on launching their sites in 2023, the companies have put an end to the idea that wind energy is too expensive to be a viable source of green energy.

The sector has seen prices for offshore wind drop from more than 117 pounds per megawatt hour to 40.3 pounds (the price obtained at the September auction). This means that customers whose homes will be powered by this energy will enjoy a drop in their energy bills, rather than the formerly expected spike. The reason for the price cut? The size of the sites. As stated by Smith, "The auction winners were three gigantic sites on the Dogger Bank - a large sandbank about the size of New Jersey 60 miles off the east coast of England - which will house wind farms capable of generating 1,200 megawatts of electricity." Each of these farms, he adds, will create as much energy as giant nuclear reactors used to do in the past. The scale of investment and the level of commitment are also key. As demonstrated by Kardie Equipment, responsible maintenance of wind turbine blades, hitting budgets, and finishing projects on time are much easier when dealing with reputable companies that are used to large-scale operations. That is, size of site is one thing; another is how operations and teams are run and their ability to deliver results to schedule.

The new projects, won by Equinor and SSE's Dogger Bank extension off the Yorkshire coast, SSE's Seagreen off the coast of Dundee, and Innogy's Sofia project (also in the Dogger Bank zone), are a powerful call for governments across the globe to raise the bar for climate change. Currently, it is estimated that some 26 million homes will be powered by the wind farms. However, experts state that the numbers could have been even higher if the government had no placed a cap on the capacity it was willing to back.

Prime Minister of the UK, Boris Johnson, has deemed the new wind farms groundbreaking, owing to their ability to power millions of homes with "clean energy at low prices." Lower prices for wind power, guaranteed by the large scale of wind farm operations, mean that the UK is far closer to dramatically lowering its carbon consumption. The good news for residents is that the price agreed is so low that they will ultimately see significant drops in their energy bills.