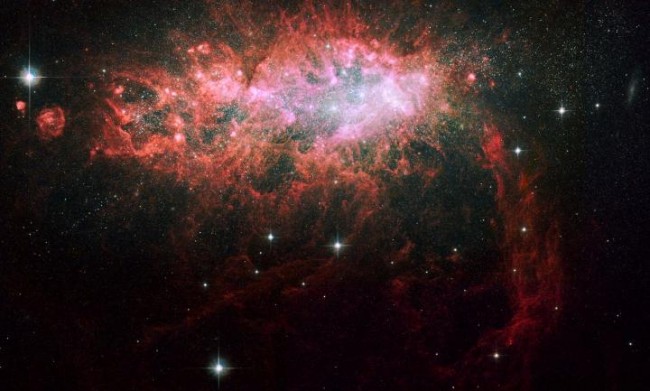 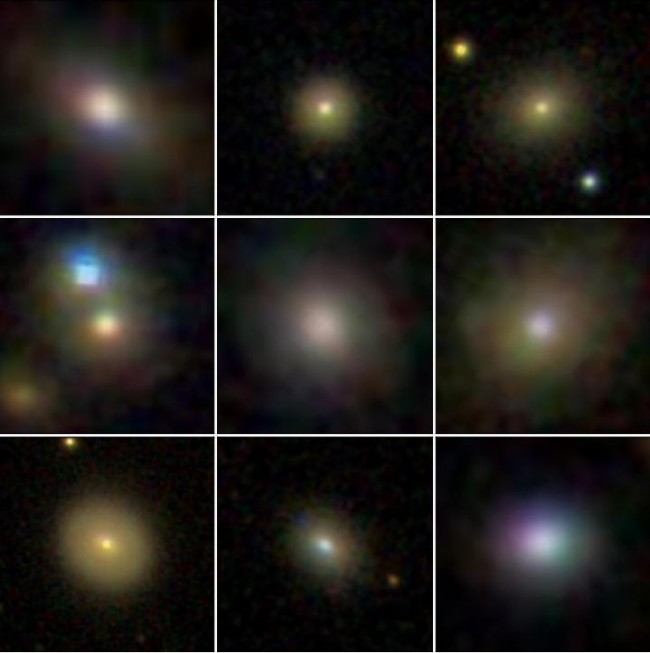 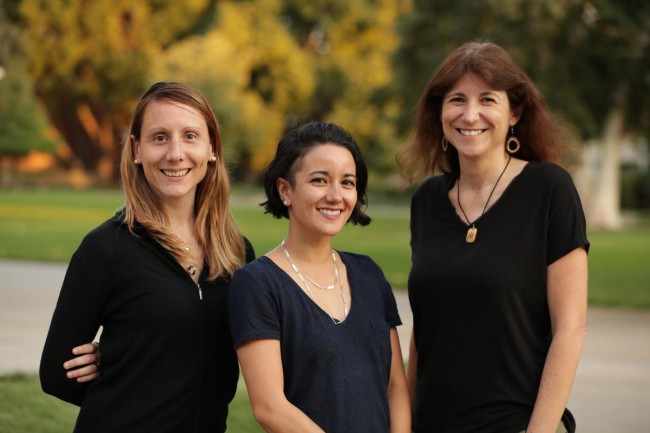 RIVERSIDE, Calif. -- Astronomers at the University of California, Riverside, have discovered that powerful winds driven by supermassive black holes in the centers of dwarf galaxies have a significant impact on the evolution of these galaxies by suppressing star formation.

The team of three astronomers was surprised by the strength of the detected winds.

"We expected we would need observations with much higher resolution and sensitivity, and we had planned on obtaining these as a follow-up to our initial observations," said Gabriela Canalizo, a professor of physics and astronomy at UC Riverside, who led the research team. "But we could see the signs strongly and clearly in the initial observations. The winds were stronger than we had anticipated."

Canalizo explained that astronomers have suspected for the past couple of decades that supermassive black holes at the centers of large galaxies can have a profound influence on the way large galaxies grow and age.

"Our findings now indicate that their effect can be just as dramatic, if not more dramatic, in dwarf galaxies in the universe," she said.

The researchers, who also include Laura V. Sales, an assistant professor of physics and astronomy; and Christina M. Manzano-King, a doctoral student in Canalizo's lab, used a portion of the data from the Sloan Digital Sky Survey, which maps more than 35% of the sky, to identify 50 dwarf galaxies, 29 of which showed signs of being associated with black holes in their centers. Six of these 29 galaxies showed evidence of winds -- specifically, high-velocity ionized gas outflows -- emanating from their active black holes.

"Using the Keck telescopes in Hawaii, we were able to not only detect, but also measure specific properties of these winds, such as their kinematics, distribution, and power source -- the first time this has been done," Canalizo said. "We found some evidence that these winds may be changing the rate at which the galaxies are able to form stars."

Manzano-King, the first author of the research paper, explained that many unanswered questions about galaxy evolution can be understood by studying dwarf galaxies.

"Larger galaxies often form when dwarf galaxies merge together," she said. "Dwarf galaxies are, therefore, useful in understanding how galaxies evolve. Dwarf galaxies are small because after they formed, they somehow avoided merging with other galaxies. Thus, they serve as fossils by revealing what the environment of the early universe was like. Dwarf galaxies are the smallest galaxies in which we are directly seeing winds -- gas flows up to 1,000 kilometers per second -- for the first time."

Manzano-King explained that as material falls into a black hole, it heats up due to friction and strong gravitational fields and releases radiative energy. This energy pushes ambient gas outward from the center of the galaxy into intergalactic space.

Astronomers suspect that when wind emanating from a black hole is pushed out, it compresses the gas ahead of the wind, which can increase star formation. But if all the wind gets expelled from the galaxy's center, gas becomes unavailable and star formation could decrease. The latter appears to be what is occurring in the six dwarf galaxies the researchers identified.

Next, the researchers plan to study the mass and momentum of gas outflows in dwarf galaxies.

"This would better inform theorists who rely on such data to build models," Manzano-King said. "These models, in turn, teach observational astronomers just how the winds affect dwarf galaxies. We also plan to do a systematic search in a larger sample of the Sloan Digital Sky Survey to identify dwarf galaxies with outflows originating in active black holes."