To Mine or Not to Mine Cryptocurrency 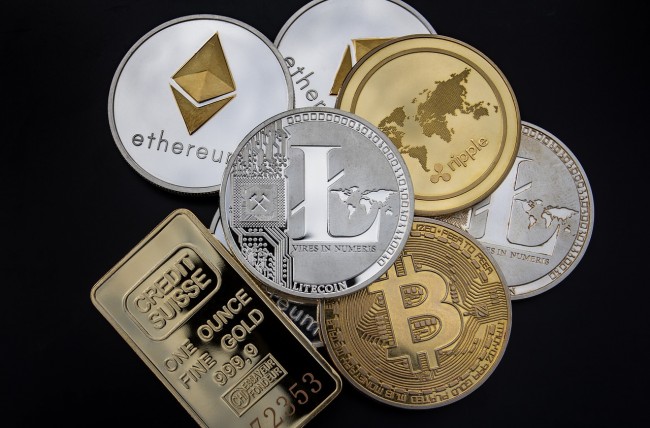 (Photo : Image by WorldSpectrum from Pixabay )

Until the past decade, mining referred to the process of extracting coal or minerals from a mine, but thanks to the advent of cryptocurrency, this word has taken a whole new meaning. You might have heard the term "cryptocurrency mining" from your friends or on social media. Basically, this form mining is the process through which new units of different cryptocurrencies are created. Due to the rapidly increasing popularity and usage of cryptocurrency, there has also been a significant rise in mining activities all over the world.

If you are still scratching your head and trying to understand what it means to mine cryptocurrency, you can relax. This article is designed to teach you everything you need to know about cryptocurrency mining. Without further ado, let's get right into it.

What is Cryptocurrency Mining?

You can understand it better with the example of paper currencies. When you conduct a transaction from your banking account, the transaction credits a certain amount from your account and debits it into another account. This transaction is recorded in the central bank's system, so that there are no discrepancies or duplicitous transactions.

In a similar fashion, when you spend cryptocurrency, the digital ledger is updated and the debit and credit process takes place between two accounts. This transaction is securely recorded in the blockchain, so that no one can steal your digital assets or you can't use them again. Since this is a decentralized ledger, miners have a responsibility to update transactions onto them after every ten minutes.

Your next question would be, what do miners get for updating transactions on the digital ledger and keeping it secure and validated? We will address this query in the next section.

How Does Cryptocurrency Mining Work?

Cryptocurrency mining is a complex concept that we will try to break down into comprehendible pieces for you. For this purpose, we will add a new definition to crypto mining here: the method of gaining or adding new cryptocurrencies by solving a highly complex mathematic equation with computing power.

Let's follow this up with another example. Suppose that you have 10 bitcoins in your possession and you want to purchase a luxury car with it. For this purpose, you will log into your bitcoin wallet with your private key. Next, you will initiate a transaction where the bitcoins will be transferred to the owner of said luxury car.

Once you perform the transaction, the bitcoins will be transferred to the seller's bitcoin wallet, and this transaction is now shared with all computers on the network, i.e. miners. Each miner has a record of transactions encapsulated on a block, but only one can be added to the blockchain every ten minutes. So, how does the blockchain decide which miner's record should be made official?

Whenever a new block or blocks have to be added to the blockchain, there is a race between a group of crypto miners, who are given a highly complex mathematical puzzle to solve. This puzzle or equation is also referred to as a hashing puzzle, or a cryptographic puzzle. The miner to solve the puzzle first gets to update their record of the block of transactions as the official record.

By now, you must have guessed that cryptocurrency miners make money out of the process by trying to complete the cryptographic puzzles before anyone else, and they utilize the power of their computers for this purpose. Crypto miners that complete the most amount of puzzles actually make the most money.

Back when bitcoin was invented, the reward for mining a single unit came with a reward of 50 bitcoins, which was much more than the amount mined. This was because it didn't require a lot of computing power or energy back in 2009. At that time, your reward would amount to $6,000 for a single bitcoin, which made mining quite lucrative.

Bitcoin founder, Satoshi Nakamoto, designed a protocol which states that the reward for mining bitcoin will be halved every four years. Therefore, the current reward for mining 1 bitcoin is 6.25 bitcoins, which amount to anywhere between $200,000 and $400,000, based on its rising and falling prices. This also means that by 2025, the reward will be halved to 3.125 bitcoins. However, if the bitcoin value keeps rising as it is now, even 3.125 bitcoins would make you richer.

If the thought of earning millions of dollars just by mining cryptocurrency is enticing, you need to know that the cost of mining has gone up drastically over the past few years. This is because a lot of computing power and electricity goes into mining even a single bitcoin, and hardware and electricity costs have shot up in the past decade.

However, since these prices vary from location to location, you can also say that the crypto mining profits depend on where you live. Nevertheless, the revenue that you get from mining any kind of cryptocurrency will be greater than the cost eventually.

On the other hand, you would also have to consider the fact that since hundreds of thousands of miners are competing to get the reward for mining cryptocurrency, this makes it all the more difficult for a new miner to get even close to winning. Moreover, when the number of miners increases in a network, the complexity of the task also increases.

Therefore, you might be spending more on hardware and electricity costs than you may actually earn. This is an important factor that even experienced miners worry about.

How Much Energy is Consumed in Mining Cryptocurrency?

While we are discussing the mining of cryptocurrency, we mostly talk about bitcoin because it is one of the most popular and widely mined cryptocurrency out there. According to a recent study, mining a single block of bitcoin consumes 1,721.96 kWh of electricity, which can cost around an average of $20,000 to $25,000. This means that the estimated yearly usage of electricity to mine bitcoin will be higher than the power most countries consume in an entire year!

This massive energy expenditure to mine cryptocurrency is why people are worried about its environmental impact. Even Elon Musk, who integrated bitcoin payments for Tesla cars, was concerned about Bitcoin's dependence on fossil fuels and removed the payment method from the website. The energy consumed by the bitcoin network depends on several factors, including the number of miners connected, transaction volume, and the computing power involved in the mining process.

What are Cryptocurrency Mining Pools?

Whenever a person wishes to mine cryptocurrency to gain profits, they can set up their own 'mining rig', which consists of a computer, or computers, with multiple graphics cards or GPUs. The higher the computing power of the rig, the higher the chances of solving the cryptographic equation quicker than other miners.

If you are also willing to mine cryptocurrency, you might not want to spend thousands of dollars in setting up your own mining rig. Alternatively, you can join a mining pool, where the computing power of thousands of miners is joined together for a greater mining output and optimized processing. If we consider bitcoin, there are a total of 21 million units that can be mined, and these are already lying within the blockchain.

All you need to start mining with a mining pool is a cryptocurrency wallet, where you can store the profits and rewards you receive from bitcoin mining. Although more than 18 million bitcoins have been already mined, there are several more that can be mined by people who rush to solve complex mathematical equations before others do. This causes the bitcoins to be "extracted", quite similar to gold that is extracted from the mines.

If you join a mining pool, not only do you spend a lower amount of money on energy and hardware costs, but it also increases the likelihood of earning more profits. Naturally, the profit will also be distributed among the miners, so you will get a smaller share. In the long run, you will be able to earn a significant amount of money without having to do much.

Although cryptocurrency is being mined all over the world, there are several countries in which it isn't yet legalized or regulated by the government or financial authorities. Therefore, you need to check the law of the land regarding the legality of cryptocurrency. When it comes to cryptocurrency mining, several countries consider it as a business, whereas there is a lot of uncertainty. However, countries like the United States and Canada are more receptive to crypto mining, even though there is no legislation as yet.

Therefore, unless your country specifically prohibits the mining of cryptocurrency, you can very well proceed with the process.

This concludes our exhaustive guide on cryptocurrency mining. By now, you must have understood what it means to mine cryptocurrency, how cryptocurrency is mined, and what are the different ways to go about it. If you are enthusiastic about cryptocurrency but don't want to actually mine them, you can take the easy way out by buying it from an online exchange where you have the real-time prices for all of the major cryptocurrencies.

However, if you are curious about cryptocurrency mining and want to give it a try, you must be willing to learn and experiment with new technologies. Since the cryptocurrency industry is rapidly evolving, there's no telling how mining methods and techniques will change over the years.