Here Are 5 Effects of Learning a Language on the Brain 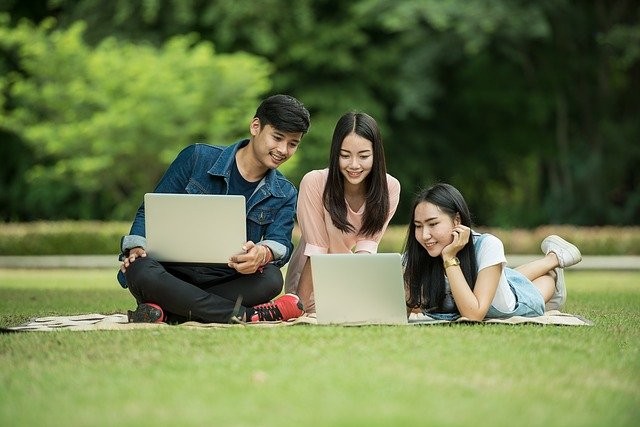 Language is still one of humanity's most unique traits. The male nightingale's capacity to improvise is demonstrated by the fact that he can produce over 200 distinct song genres. These songs, on the other hand, are shambles in terms of semantics. Several animal species, such as bees, have complex communication systems, but they pale in contrast to humans' capacity to learn not one, but multiple languages, each of which may convey an endless number of structurally distinct phrases.

There has been an explosion of study in the field of language learning in recent years, particularly into the effects of bilingualism on the brain. It's hard to compare the differences between a monolingual and a non-lingual brain since newborns are born with talking readiness or pre-language. Brains that aren't linguistic just don't exist. Comparing monolinguals and bilinguals might give insights on the neurology of language learning as a replacement.

Learning a new language enhances intellect, verbal fluency, and literacy, according to researchers at the University of Edinburgh's Centre for Cognitive Ageing. The researchers discovered that speaking many languages has a substantial impact on cognitive capacities such as general intelligence and reading. The study found significant cognitive gains in attention, concentration, and fluency across all age groups.

Lexical sophistication, or the breadth and depth of one's vocabulary, has been used as a measure of linguistic proficiency and divergent thinking, because the capacity to access a larger vocabulary allows for more ideas to be created, including linguistic aspects of style like metaphor and humour.

Over the last four decades, a significant amount of study has been conducted on the link between multilingualism and creativity. Because they had a broader linguistic vocabulary from which to pull thoughts and ideas, bilinguals consistently outperformed monolinguals in tests measuring divergent and convergent thinking.

Bilinguals and multilinguals have various perspectives on the world. They have access to a variety of conceptual viewpoints, which combine to provide a richer subjective experience. Multilingualism fosters the growth of creativity, idea creation, problem-solving skills, and cultural awareness. Multilinguals have a larger mental representation, which helps them integrate opposing ideas and improves cognitive flexibility. Knowing many languages adds layers of subtle distinctions to the same notion, which is why multilinguals are prone to ambiguity. As a result, they have access to a broader variety of viable solutions to every situation.

Verbal intelligence is the capacity to explain and express one's thoughts and feelings in one or more languages, either verbally or in writing. It also includes understanding and a degree of verbal empathy. The abilities of verbal intelligence, problem-solving, and abstract reasoning are all linked.

Peal and Lambert (1962) investigated the impact of bilingualism on intellectual functioning. Both verbal and nonverbal IQ tests showed that bilinguals outperformed monolinguals. Greater mental flexibility and concept creation abilities are the sources of the intellectual edge. Bilinguals have a more diverse range of mental talents than monolinguals due to differences in their cognitive architecture. Prior to this research, it was commonly assumed that early childhood bilingualism hampered children's cognitive development. Bilingualism was once believed to be a deplorable condition that should be avoided at all costs.

Cognitive capabilities and problem-solving abilities in tasks that do not need the use of words are referred to as nonverbal intelligence. The identification of visual sequences, the processing of visual information, and the recognition of nonverbal indicators in social relationships, such as body language, are all examples of nonverbal cognitive processes.

Maria Viorica, a Northwestern University professor, was the first to propose the notion of co-activation in bilingual spoken language understanding. It refers to proficient bilinguals' inclination to have two languages engaged at the same time, whether consciously or unconsciously, activating inhibitory regulation in the prefrontal brain. Because it is forced to select between two concurrently co-activated languages, the bilingual brain is continuously exercised. As a result, the bilingual brain becomes considerably more capable of executing cognitive tasks.

Bilinguals receive considerably more executive control exercise since they must continually manage attention to the jointly active languages. As a result, in nonverbal executive control tasks, they tend to have a processing advantage over monolinguals.

Working memory is a cognitive framework made up of multiple regions of the brain that serves as a dedicated, temporary mental workspace for information processing, storage, and manipulation. The phonological loop, which interacts with spoken and written content, retains information in a speech-based form, and helps speech production, is one of the components of working memory.

On tests comparing them in activities requiring different degrees of working memory, bilinguals outperform monolinguals. Bilinguals exhibited a higher reaction rate and were more accurate in their responses to trials, indicating that they had an advantage in certain elements of executive function. The visuospatial span, which is connected to visual and spatial identification, was similarly surpassed by monolinguals on tasks unrelated to the language-processing component of working memory. Language learning, in essence, enhances all elements of working memory, including those that are unrelated to language.