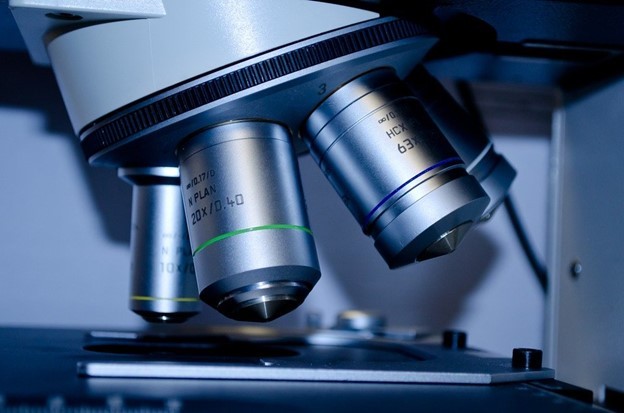 Molecules from the surface of any samples are removed (sputtered) through the process of ToF-SIMS which involves the use of a pulsed primary ion beam. The mass of the sputtered secondary ions is determined by means of a time-of-flight mass analyzer. The mass analysis of all secondary ions which are produced by a short primary ion pulse. From the time needed to travel along a given drift path, the mass of each secondary ion can be calculated. In this way, an accurate determination of the flight time yields the chemical composition of the emitted ions and thus the elemental and molecular composition of the sample surface. The ToF-SIMS analysis can be carried out in three operational modes: surface spectroscopy, depth profiling, and surface imaging. Features of ToF-SIMS include: high mass resolution, a high mass range of secondary ions, identification of isotopes, identification of elemental and molecular compounds, analysis of insulating and conductive samples, and retrospective analysis.

In ToF- SIMS, the surface under study is bombarded with a pulsed primary ion beam of high energy (e.g. Bix+). The primary ion's energy is transferred to the region near the surface by collisions between the primary ions and the sample atoms as well as collisions between sample atoms. This collision cascade transports a small part of the energy back to the surface and leads to the sputtering (dislodging) of electrons, neutrals, and secondary ions. Subsequently, the secondary ions are analyzed with respect to their mass to charge ratio in a time-of-flight analyzer.

To carry out a ToF- SIMS analysis, an instrument is required which have basic components such as: an ultrahigh vacuum system which helps in increasing the mean free path of ions generated in the flight path, a primary ion source, a time-of-flight mass analyzer with a flight path which directs the secondary ion particles to the detector, a low-energy electron flood gun for charge compensation of insulators, and an optical camera for direct sample observation. In addition, the ToF-SIMS instruments are integrated with powerful computer and applications which helps to control and analyze the system. The software stores raw data files which record a complete mass spectrum at each pixel and allows reconstruction of images. By combining imaging and depth profiling, the 3D chemical composition of a sample can be visualized.

Ø  Parallel detection of all secondary ions

Ø  Identification of the elemental and molecular composition of the surface

Ø  Detection of all elements (including hydrogen)

Ø  Detection of molecules (intact up to several 1000 amu)

Ø  Parallel detection of all ions; organic and inorganic

Ø  Depth profiling of metals and organics