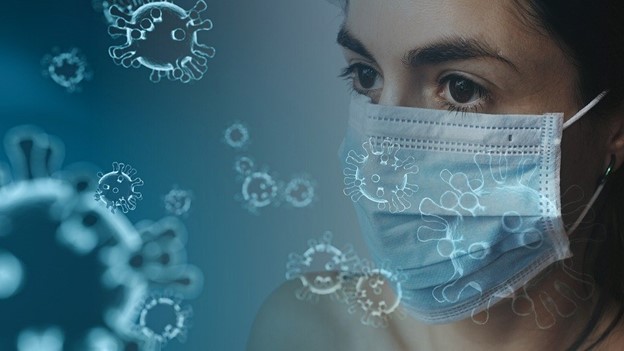 The COVID-19 pandemic has delivered a staggering blow to the health of people all around the world. Mitigation strategies and vaccine rollouts have slowed but not ended infections and deaths. The end of the pandemic may be nearer, but it still has not yet arrived.

As if this virus weren't enough, the pandemic severely impacted other health issues. The physical, mental, and emotional health of virtually everyone has been put to the test.

Even when the pandemic is declared conquered, the ripple effects will go on. Being aware of what to look for might help us mitigate the fallout. Here are three ways the pandemic has affected other areas of health, for better or for worse.

It Kept Us Out of Doctor's Offices

The last place most people wanted to go during a highly contagious viral pandemic was a healthcare setting. After all, that's where the sick people are.

The pandemic mirror reflects a decrease in STI diagnoses, probably attributable to two reasons. First, sheltering in place prohibited most sexual activity with anyone other than an established partner. Second, without access to clinics, people weren't getting tested.

Fortunately, at-home STI testing provided a safe, easy, and affordable option for those who suspected they had an infection. In fact, the pandemic has spurred the growth of online testing, diagnosis, and prescription options.

Many patients with health conditions that needed to be monitored stayed home instead. The pandemic made it easier to skip routine appointments. This meant some patients weren't getting the oversight their conditions warranted.

For example, prescriptions for high blood pressure, asthma, and other chronic conditions usually require at least one visit every year. At first, clinics were closed, and later, patients didn't feel safe going to them. So providers and insurers refilled medications without follow-up visits and hoped they were still working as they should.

Also delayed was routine diagnostic testing such as mammograms, Pap smears, and colonoscopies. These tests are routine for a reason. Forgoing them reduces the chance of catching cancer in its early and most treatable stages.

The news is not all bad. The pandemic did prompt growth in widespread use of telehealth technology. That will benefit people who have always struggled with healthcare access for years to come.

It Forced Us Out of Our Routines

To say that the pandemic forced us out of our normal routines is an understatement. It didn't just slow us down. For a time, it stopped us in our tracks.

Lifestyle changes are not always negative events. The media reports anecdotal stories about people who say leaving the rat race has been a positive change. Others report the forced family togetherness brought them closer with their spouse and kids.

Changed routines encouraged some people to start exercising. Others stopped when gyms closed and the weekly pickleball game ceased to exist.

The Centers for Disease Control and Prevention (CDC) published a study about the prevalence of pandemic mental health issues. The CDC estimated that nearly one-third of U.S. adults suffered from anxiety or depression as of June 2020. The reason was attributed to both the disease itself and fallout from mitigation measures such as sheltering in place.

A study focused on college students before and during the pandemic showed an alarming growth in the incidence of depression. The study indicated that disturbances in physical activity were the leading cause. Exercise and social interaction were replaced with more sleep and massive increases in screen time - devastating changes to students' routines.

The study also determined that short-term returns to exercise didn't improve depression. Researchers posited that only the long-term re-establishment of a physical activity routine could undo the damage.

Routines help control stress, which leads to lower anxiety and better physical and mental health. Some people developed new routines during the pandemic, like a daily ride on that new Peloton. Others will need to find their way back to one.

As life returns to a new normal, embracing a routine - albeit a different one - will be critical to improving our mental health.

It Hid a Lot Behind Closed Doors

The saying that "you never know what goes on behind closed doors" has never been more accurate than during the pandemic. A little public scrutiny of private activity can be healthy.

Alcohol consumption is typically a social activity. People gather to visit and enjoy a drink or two while catching up. Drinking alone bears the stigma of alcoholism, although people who do are not always alcoholics.

In March 2020, online sales of alcohol grew by 243% in the U.S. as people had beverages delivered to their door. The Zoom happy hour became a routine event. But what happened when the call ended, and no one was watching?

People suffering from anxiety and depression caused by lockdowns, fear of COVID, and economic hardship turned to alcohol and drugs. Drug overdoses were already on the rise pre-pandemic. The CDC reported a record 81,000 overdose deaths in the 12-month period ending in May 2020.

Domestic abusers of partners and children also found refuge behind closed doors. Abuse hotlines anticipated that rising levels of stress caused by the pandemic would lead to increasing abuse. They geared up for an influx of calls that never came.

Lockdowns meant that children were no longer subject to daily scrutiny by neighbors and extended family. They were also not seen in person by teachers, doctors, and others with a duty to report suspicions of abuse. Bruises aren't always visible on a laptop screen.

Partners no longer under the observation of family, friends, and co-workers were isolated by their abusers. The lockdown provided a safe haven for abusers and a prison for the abused.

It will take time to quantify the long-term implications for the health of abuse victims. Research links abuse with everything from obesity, heart disease, and arthritis to personality and mood disorders, substance abuse, and PTSD. Evidence also shows that victims may become abusers.

Everyone deserves their privacy unless that privacy endangers the health and well-being of others. The stress caused by the pandemic and a tendency to abuse are a deadly combination.

The six dimensions of health are physical, mental, emotional, spiritual, intellectual, and social. The key to good health is maintaining balance among them. But that's a tough assignment during a global pandemic.

Opening the doors, leaving the house, and establishing a solid routine might just help restore that balance. Then, perhaps the ripple effects will disappear.