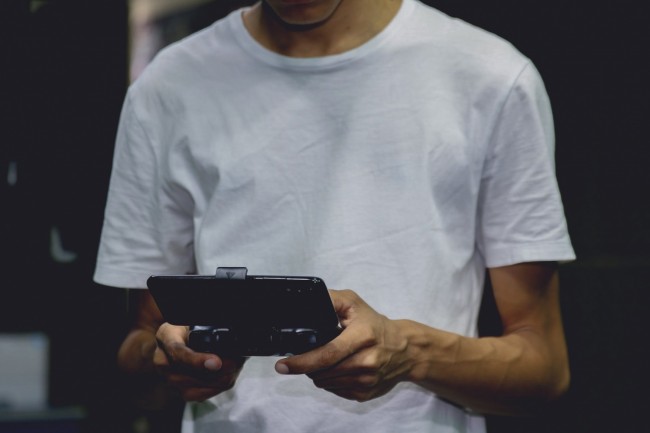 Nowadays sci-fi and space games are trending and consoles or PCs aren't your only options to engage in gameplay. These games can easily be found on Apple's App Store and Google's Play Store. Here is a list of 10 top amazing space games that are popular and well known for their gaming quality and interface. They are available on iOS and Android, this list serves games from arcade shooters to RPGs and everything you find interesting in space games. If you want to fly spaceships or fight aliens, these are the games for you.

The first game in the list of space games is Xenowerk. If you are a fan of twin-stick-shooter games, then Xenowerk is a must-try for you. This game contains 70 levels filled with atmospheric dread, spooky laboratories, and slimy mutants. This game is specially designed for space lovers and hones an attractive interface. Its inventory contains lighting dynamics, a flashlight for arming you in the dark, zany firearms to protect you from scary monsters and space aliens. Xenowerk is ambitious for tackling such an adventure as a mobile game.

Guardians of the Galaxy: The Telltale Series

The second game in the list of space games is Guardians of the Galaxy: The Telltale Series. No other game in this genre is as sci-fi and space-centric than Telltale's Guardians of the Galaxy adventure. The main focus of this game is on narrative, this game contains some amazing synergistic fighting segments, and also it has a huge variety of choice-driven dialogue to make the game more interesting. The story in the game itself is fascinating for Marvel fans and casual gamers alike. This game has the capabilities that are rarely found on mobile devices. It is a very unique game and you will definitely enjoy playing it.

The third game in the list of space games is XCOM: Enemy Within. If you're a sci-fi and space game lover who loves aliens, deadly actions, and diametrically opposing your species' survival, then you should definitely play this game. This game features an international team of elite soldiers, a huge variety of lethal aliens, cool and powerful guns, gadgets, and powers. XCOM is a space sci-fi strategy game that is developed for power-fantasy lovers and hard-core space gamers at the same time. This game contains various challenges just waiting for you to conquer them.

This is the fourth game in the list of space games. This game is only available on iOS. Star Traders: Frontiers is a tremendously skilled RPG, which is successfully ported from PC. This game is an extraordinarily ambitious open-world space, a sci-fi adventure in which you are the captain of your own ship and you can fight, steal, trade, or explore in this game.

This is the fifth game in the list of space games. This game is available on both android and iOS. In this game, you can take the much defamed No Man's Sky, reign in the ambition to a more succinct format, and this makes it more amazingly fun.

This is the seventh game in the list of space games. This game is supported by Android, apple watch, and iOS. Lifeline is a brilliantly tense interactive fiction game. The game is all about space and the twist is that there is a survivor in space who communicated to you directly throughout the day in order to seek help.

This is the eighth game in the list of space games. It is only available on iOS. This game is basically a tale of mutant insects and rampage robots included in RPG puzzler mashup with an involving space and Sci-fi story, and all this is made in a classic comic style to make it more attractive and interactive.

This is the sixth game in the list of space games. This game is supported by both android and iOS. Star Trek: Fleet Command is an amazingly designed immersive mobile strategy game, but its true value is its Star Trek IP and Kelvin Timeline set. This game is a must-play if you like space adventure games. Atari Defender is a similar game in the arcade genre which is playable on Arkadium and AARP Games.

The ninth fame in the list of space games is Out There. This game is supported by iOS, Android, and Steam. Out There is a wonderful game filled with mysteries. You can choose your own space adventure that gives you the experience of exploring the dark void of space.

This is the tenth and the last game in the list of space games. It is available on android and iOS both. Void Tyrant is an amazing, cartooned, self-adventure game that hides an ambitious roguelike card battler. Deep dive into Sci-Fi and space, right at your thumbs.