Details on LED and Fluorescent 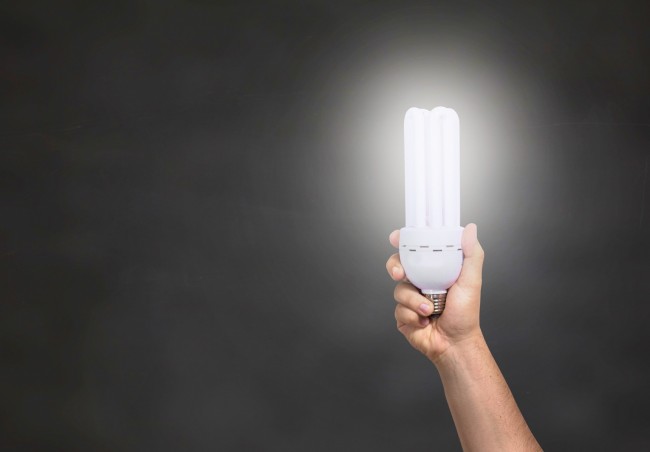 In the lighting world, there are astounding diverse solutions. While we have various choices on the market, it doesn't mean that they are all equal. The task of choosing a bulb doesn't only depend on wattage as it was in the past when there were only incandescent bulbs.

The history of LED bulbs dates back to several years ago when scientist Nick Holon yak tried to create a laser. Little did he know that it would replace the ordinary incandescent bulbs. Therefore, LED became one of the accidental inventions that has changed our lives. On the other hand, the road to fluorescent bulbs began when Thomas Edison tried using a prototype. The prototype was successful but was unsuitable for brief illumination.

Have you been wondering what the difference between LED and fluorescent bulbs is? Here's an in-depth comparison between the two.

LED is an abbreviation for a light-emitting diode. Diodes are electronic devices with an anode and a cathode through which electric current flows. A diode is made from semiconductive materials like selenium and silicon.

When the electric current passes through the semiconductors, the device immediately emits light. The technology is the opposite of a photovoltaic cell, where the device converts light into electrical current.

What are the major advantages of using LED lights?

LED fixtures have a relatively longer lifespan when compared to other lighting technologies (including fluorescent lights). New LED bulbs can last for an average of 50,000 to 100,000 hours and more. The ordinary lifespan of a fluorescent bulb at its best is roughly 10,000 hours.

LED lighting is the most energy-efficient lighting technology available in the market. That is because LEDs waste minimal energy in infrared radiation form, which is different from conventional lights. LEDs also emit light directionally, which means minimal losses from the need to reflect or re-direct light.

What are the disadvantages of LED lights?

Considering the advantages highlighted above, you might think that the LED bulbs are a no-brainer. While this is somehow the case, there are still a few downsides.

Particularly, the lights are generally expensive. The up-front cost of an LED light is ordinarily higher than other alternatives. Perhaps that is the only drawback that needs to be addressed. Other disadvantages include:

The lights we designed to replace incandescent lamps as they are relatively durable and more efficient. Fluorescent lights emit light by converting ultraviolet releases with fluorescent coating found on the inside of the tube. The ultraviolet radiation is generated by an electrical charge which runs through the inert glass made of mercury inside the bulb. The gas excites UV radiations, and as a result.

The lights require ignition, which is occasionally provided by a third electrode connected internally to the bulb. Earlier on, fluorescent lights required a warm-up period to allow the evaporation of gas into plasma. However, nowadays, there are instantaneous technologies for igniting the lights.

The technology has been here for over 100 years and is popular for producing highly efficient light over a huge area. The lights are also longer lasting and efficient than incandescent bulbs.

The mercury and phosphor in the bulbs are dangerous materials that present a waste disposal problem upon the bulb's useful life. Once a fluorescent bulb breaks, the toxic mercury evaporates, and the rest remains in the glass.

Shorter lifespan when frequently switched off and on

The typical lifespan of a fluorescent bulb is about 10,000 hours. However, it can degrade as a result of constant switching. The burning life of the bulb is extended whenever it remains on for continuous periods. It's worth considering, especially if you are using the lights together with motion sensors.

The bulbs emit light at 360 degrees. The system is inefficient since at least half of the light needs reflection or redirection to the illuminated area. It also means that you need more accessory parts to focus on the output of the bulb.