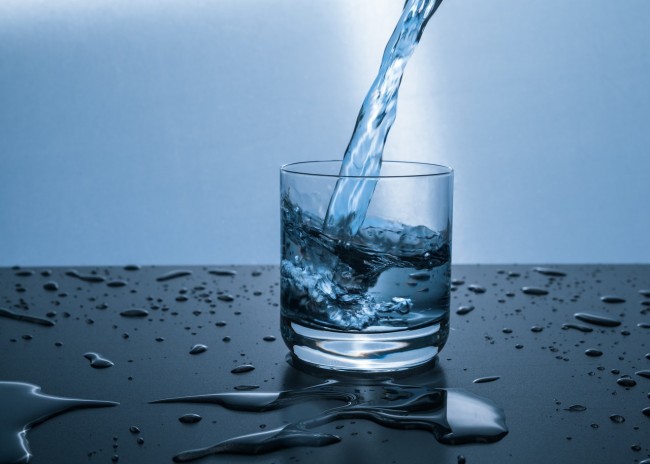 As water flows in rivers and channels, it dissolves carbon dioxide to form weak carbonic acid and acquires metal ions in rocks and sediments. The metal ions, mainly calcium and magnesium ions, react with the weak carbonic acid to form calcium bicarbonate and magnesium bicarbonate. These are ionic substances split into their constituent ions when in water. They remain in this form until precipitated out. Both calcium and magnesium ions contribute to the hardness of the water. Aluminium and iron cations may also contribute to water hardness, although their presence is not as critical.

You will tell if your water is hard if your hands feel slimy after washing something with soap and water. You will feel like a film of residue was left on your hands after washing. Also, your drinking glasses getting less crystal clear is evidence of hard water. As a result, more soap is needed for washing, and the residues of calcium and magnesium ions can irritate skin or stain clothes.

Temporary hard water consists primarily of calcium and bicarbonate ions. Heating temporary hard water causes the bicarbonate ions to decompose into water, carbon dioxide, and carbonate ions, which further react with other ions to form insoluble substances such as magnesium or calcium carbonate. These insoluble compounds precipitate out to form the mineral build-up, also known as boiler scale, commonly seen on the inner surfaces of pots used to boil water.

Although most people still trust the traditional water softening techniques, there is still the need for a more sustainable solution.

Ion exchange is one way of softening hard water. The process involves the replacement of hard water ions with more agreeable sodium ions. Hard water is passed through a zeolite or a column containing a resin that binds with the unwanted calcium and magnesium ions and releases tolerable ions. The hard water ions become fixed ions attached to the resin material. Thus, they displace the desirable sodium ions in the column, thereby exchanging the ions in the water.

Soda ash (sodium carbonate) and lime (calcium hydroxide) are added to hard water, causing magnesium hydroxide and calcium carbonate to precipitate out. In large hard water treatment works, calcium hydroxide is added and precipitates removed through sedimentation. Carbon dioxide is then bubbled through the water to turn the remaining fine particles into soluble bicarbonates. Some hardness is retained; therefore, this is known as a partial softening process.

Drinking hard water is not a health hazard. According to the National Academy of Sciences, drinking hard water contributes, to a smaller extent, magnesium and calcium dietary needs. But it is essential to check arsenic levels in your water if you're having hardness, iron, or manganese problems.

Water softening can be an expensive undertaking, and a more efficient yet cost effective method is still needed and the Merus ring could be a good alternative as it is cost efficient and part of the technology.