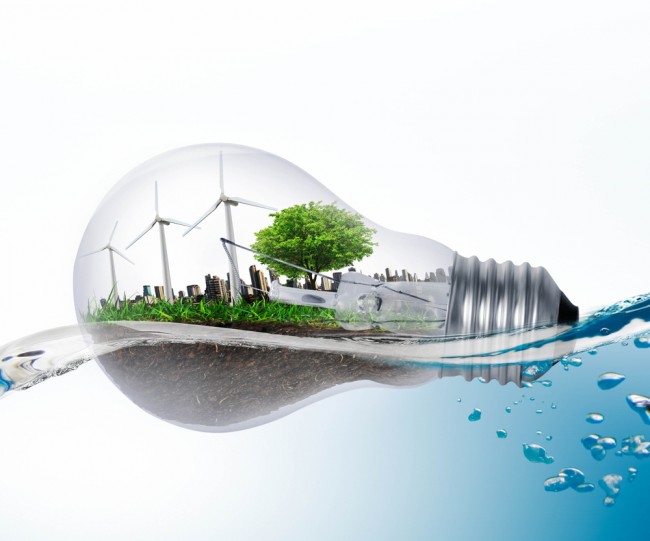 In this article, the foremost developer of onshore wind energy in Rhode Island, Green Development, explores how renewable energy can benefit the environment.

For many individuals, the first thing that comes to mind when thinking about renewable energy is climate change. Scientists from the United Nations say that rising carbon emissions may ultimately result in a catastrophic rise in the sea level, an increasing prevalence of dangerous heat waves, and other environmental destruction forms. Replacing fossil fuels with renewable energy sources is one of the most effective methods that can be used to limit carbon emissions.

The scientific community has observed the global warming trend since the mid-20th century. While certain schools of thought still debate whether the temperature increases directly correlate to humankind's actions, such as the burning of fossil fuels, substantial unbiased research affirms a connection between climate change and global greenhouse gas emission pathways. The Intergovernmental Panel on Climate Change reported in its Fifth Assessment that "there's a more than 95 percent probability that human activities over the past 50 years have warmed our planet." As global temperatures continue to rise, an alarming array of environmental impacts could become more prevalent. Increasing renewable energy generation can help us avoid climate change's ecological effects.

Renewables like solar and wind are often referred to as "green energy" or "clean energy" because of their vast array of environmental benefits. Generating electricity from these energy sources does not produce toxic waste, air pollution, or greenhouse gas emissions. On the other hand, burning fossil fuels like coal, oil, and natural gas, which together account for over 60% of electricity generation in the U.S., can hurt public health by contributing to air and water pollution. Notable greenhouse gas emissions include carbon dioxide, methane, nitrous oxide, hydrofluorocarbons, perfluorocarbons, sulfur hexafluoride, and nitrogen trifluoride. Power plants that rely on coal or oil are responsible for releasing carbon dioxide into the atmosphere at unprecedented levels. Why does this matter? Carbon dioxide (CO2) absorbs and radiates heat, an integral aspect of keeping Earth's average annual temperature above freezing and therefore habitable; however, over the past 60 years, the yearly rate of increase in atmospheric CO2 is nearly 100 times higher than natural increases. This staggering phenomenon is contributing to a rise in Earth's average temperature (aka global warming), which, as addressed by the United Nation's Intergovernmental Panel on Climate Change (IPCC), may prove detrimental to weather patterns, wildlife populations (including oceanic lifeforms), as well as rising sea levels.

Furthermore, through a side-by-side comparison of renewable sources of energy and fossil fuels, the Union of Concerned Scientists has reported that fossil fuels have a substantially more significant impact on public health, water use, air and water pollution, wildlife habitat loss, and overall land consumption. Therefore, if fossil fuels were replaced entirely by renewables, the health and environmental impacts would be significant.

The outlook for renewables is better than ever. In addition to being beneficial for the environment, the International Energy Agency now says that renewable energy is the world's least expensive energy form.

Impact of the Coronavirus Pandemic on Air Quality

Due to the societal change sparked by the COVID-19 pandemic, scientists can observe in real-time how the environment could benefit from a sustained reduction in fossil fuel consumption. Notable decreases have been observed within the United States, which, apart from China, accounts for the most carbon dioxide emissions since the Industrial Revolution. An estimated 42% of the U.S. labor force is now working remotely full-time. Consequently, an unprecedented decrease in industrial activity, driving (fewer commutes), and flying (business travel accounts for ~12% of airline passengers) significantly reduced fossil fuels' need in 2020. As less oil, coal, and gas were consumed, global greenhouse gas emissions fell by 9% compared to 2019. While a reduction in greenhouse gas emissions is beneficial for reducing climate change, there are also more visible impacts from the decline in fossil fuel consumption.

Habitually smog-ridden cities in China and India experienced a rarely seen phenomenon in 2020: clean air and blue skies. As coal-fired power plants were shut down and economic activity faltered, a dramatic decline in toxic air pollution was noted.

It is important to note that all forms of energy have trade-offs that should be considered. However, the environmental benefits of renewable energy forms like solar, wind, and water greatly outweigh the potential environmental impacts.

Critics of wind farms often cite aesthetics-disruption of a scenic vista-while others see turbines as objects of beauty and symbols of our renewable energy future. Without proper environmental consideration and coordination, hydroelectric dams could disrupt some aspects of river ecosystems. However, the ongoing processing, transportation, and burning of fossil fuels have visible and invisible impacts, obscuring city skylines, causing numerous health issues, and endangering entire global ecological systems.