How a Klotho Variant Aids Klotho Production and Protects the Brain 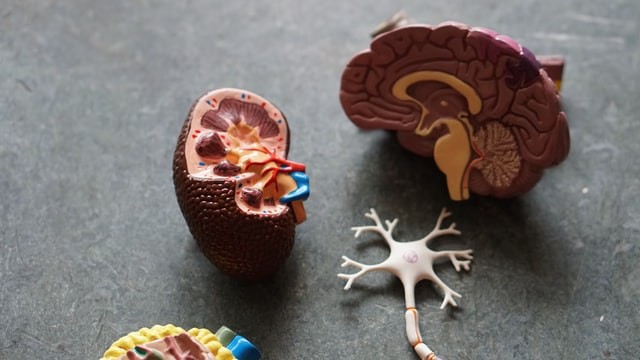 (Photo : How a Klotho Variant Aids Klotho Production and Protects the Brain )

In a healthy brain, millions of nerve cells, known as neurons, receive and transmit electrical signals. Together, these transmissions enable communication within the brain, as well as between the brain and other organs, systems, and body parts. In individuals with Alzheimer's disease, deteriorating neurons lose this essential ability to communicate and eventually die, severely inhibiting critical brain functions like memory, language, and reasoning.

In patients with Alzheimer's, researchers have studied two specific molecular and cellular changes within the brain. First, a protein known as amyloid precursor protein breaks down, causing abnormal levels of amyloid proteins to accumulate in clumps among the neurons. These clumps, known as amyloid plaques, interfere with neurons' ability to communicate with one another and can eventually contribute to the cell's deterioration.

Second, researchers believe amyloid plaques may contribute to the spread and accumulation of another protein known as tau protein. When tau accumulates within the neuron in a denatured (misfolded) state, it sticks to itself and forms a web of tangled threads, which block the cell's communication and transport systems. Together, these two changes appear to contribute to the degeneration and death of neurons in key areas of the brain, leading to memory loss and other symptoms associated with Alzheimers.

Now, researchers at Ludwig-Maximilian University in Munich, Germany believe they have identified a variant of the aging-suppressor klotho gene that appears to protect the brain against the tangles that eventually lead to neurodegeneration and memory loss. Researchers have found that the expression of the KL-VS variant results in notably higher levels of the klotho protein. The klotho protein is a protein that has been recognized for its anti-aging properties and uses in fighting cancer, kidney disease, diabetes, neurodegenerative diseases, and other diseases of aging. Approximately 25% of the population carries this gene, making it a popular target for anti-aging therapies.

Previous studies demonstrated that the high levels of klotho protein resulting from expression of the KL-VS gene had significantly limited amyloid plaques - thereby reducing the risk of Alzheimer's by nearly ⅓.  However, the Ludwig-Maximilian study revealed KL-VS' effect on tau tangles for the first time. In a study of 354 participants - all of whom had plaque and tangle PET scans - the KL-VS carriers with higher levels of klotho protein showed significantly fewer tau tangles.

As the lower levels of tau tangles were particularly noticeable in areas of the brain that controlled memory and reasoning, researchers became interested in KL-VS and its effect on those characteristics. The findings suggest that klotho not only correlates with a lower number of tau tangles but takes part in protective behavior. In short, klotho appears to prevent one stage of the interaction between amyloid and tau that leads to increased tangling and memory loss.

In a subsequent study, amyloid-positive individuals with at least some cognitive decline were given episodic memory tests. Within this cohort, KL-VS expressing individuals performed significantly better on these memory tests than individuals without KL-VS, even when controlled for other factors. This effect is believed to be linked to the low expression of tau tangles in KL-VS individuals.


Hope for the Future

Researchers believe the heightened klotho levels caused by KL-VS protect the brain against memory loss and cognitive decline in Alzheimer's patients. Additionally, as klotho appears to affect both amyloid plaque and tau tangle levels, researchers believe that increasing klotho protein levels may have a dual effect in preventing Alzheimer's decline.

With the klotho protein, the future of Alzheimer's research is bright. As advanced therapies are developed, researchers hope to mitigate the effects of Alzheimer's disease and aging.