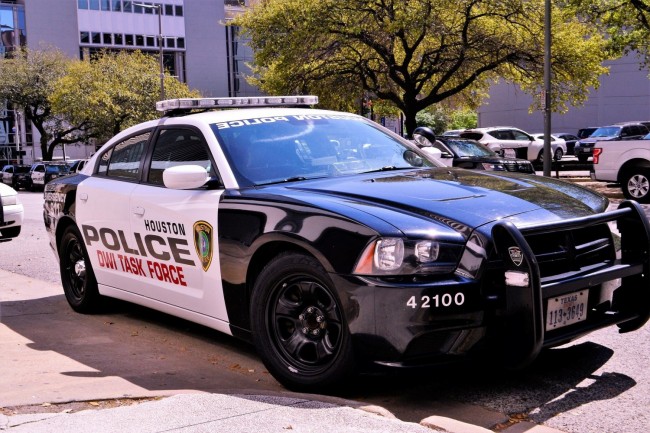 Dr. Daniel Amen Wants Us All to Love Our Brains

The National Police Association (NPA)  recently reported on their website about the studies on brain health and the police officer by Dr. Daniel Amen.  Dr. Amen research and studies conclude that it is of the highest importance to maintain a healthy brain. The doctor wrote several books about the best ways for us to care for our brains so that we can continue to enjoy peak mental and physical health. If you read Dr. Amen's books, you notice that professionally choosing to live your life as a police officer is particularly stressful for the human brain. For that reason, everyone inside the police community needs to promote brain health in all officers.

The National Police Association has already climbed on board to promote the studies of Dr. Amen and they hope that all police officers and their families will do the same once they learn more about how the work and life of a police officer can have major negative repercussions on brain health if it's not taken care of up front. Maintaining brain health will improve our police officers' performance on the job and allow them to quality of life in all aspects.

Scientists have recently begun studying the brains of combat veterans. They want to learn what effects certain types of head injuries can have on former soldiers. Also in recent years, professional athletes and athletes who are younger in age and possibly still developing have experienced major injuries to the head while on the field or the court. These instances during sporting events have caused quite a media frenzy. With the attention that the media has set on these events, coaches and parents are making sure that players are wearing protective headgear every moment that they are in action.

Head injuries caused in police officers by bombs or car accidents usually tend to be extremely serious in the moment, but those lesser traumas caused by smaller missteps are not necessarily noticeably damaging to a person's health from the moment of impact. A routine fall by a police officer or an athlete may result in a change in the functionality of the brain, but it may take several years for those changes to be noticeable. Dr. Amen's suggestions may be stiff and strict on families with young athletes, but Dr. Amen suggests that parents should refuse to allow their children to play contact sports at all until a certain age. Contact sports include football, soccer, basketball and in some cases even sports like gymnastics should be forbidden to children.

Unlike children and sports, police officers cannot elect not to go to work, serve and protect the citizens in their communities and they certainly can't always avoid the bumps, bruises, and falls that may find them while they are on the job.  They can, however, make their own safety and health a priority and should be encouraged to wear helmets and other protective gear while on the job much more frequently than they are today.

When a police officer is sent to a fight call, he or she must be required to wear a helmet. The National Police Association readers know and can tell you that the need for a helmet is even greater if an officer is called on to step in to a larger fight like a brawl involving several people. During the larger fights, officers cannot necessarily see the full 360 degrees around themselves at all times and fall vulnerable to a surprise ambush from members of the brawling parties, or an officer very easily could take a hit in the head by an unknown flying object that they simply had no time to prepare for its arrival.

Since it is not an everyday occurrence, best practices are not always belabored by commanding officers or reinforced by partners in quieter times. In order to prepare all officers to suit up with full safety gear and helmets when fight calls actually do come around, teams will have to begin to think differently about these scenarios. Putting some of these safer practices into play, and making it such a part of their unconscious emergency routine, that when the fight call comes down, all officers automatically suit up and reinforce their safety with that helmet every time.

The Instances of Post-Traumatic Stress Disorder.

People ensure that their coping mechanisms stay very much intact and at the ready if the person refrains from the use of drugs and/or alcohol,  they exercise regularly, they eat a healthy diet with clean foods and they don't engage in destructive thinking of any sort. The National Police Association suggests police officers to get professional help after they experience one particularly traumatic event or after a series of traumatic events experienced. Doing this will ensure that an officer will remain fully alert and emotionally and mentally available to the rigors of the job and can extend their time on the force for as long as they are physically able and want to be a part of the force.

Getting a Good Night's Sleep.

It's hard for police officers to get enough sleep. When a person sleeps, their brain can devote all that to recharging itself and simply encapsulating the issues it has been having difficulties working out throughout the day.. This is the time when the brain can work to balance the body's chemistry again. The brain also takes the time in which our body's ready and we submerge into real sleep also allowing the muscles and the nerves to heal. Classic shift work prevents police officers from obtaining the restful sleep that they need, their sleep all too often interrupted by nightmares, sleep apnea and the irregularity of their sleep times.

The National Institute of Health reported that 17 to 19 hours without sleep caused officers to appear as if they had blood alcohol content levels equal to 0.05%. Lack of sleep also inhibits our brains from reacting quickly, thus making our body's movements slower as well heightening the level of danger an officer could find themselves in just based on inaccurate or slow thinking as they were deprived of sleep for even longer periods of time, their performances got even worse. For this reason, the National Police Association recommends that police officers have an adequate amount of time off in order to have accurate amounts of sleep and the right kind of uninterrupted rest needed for their brain to function at full capacity.

Dr. Amen Wants You to Love Your Brain.

Dr. Amen advises everyone, especially people in more stressful professions like public safety or emergency healthcare to love your brain. This means that you must consistently choose to do what is best for your brain. If an activity is not in accordance with what keeps your brain at optimum health, you must eliminate it or seek out treatment for it. Law enforcement officers are generally and easily prone to experiencing bouts with anger, anxiety and depression, but loving and taking care of their brain is one way they can diminish the effects these harmful emotions have on you and make you a better officer and human.

The National Police Association (NPA) works to bring national and local attention to the anti-police efforts challenging effective law enforcement at every turn and to build public support for needed actions through TV and radio public service announcements, legal filings, articles authored for the NPA by law enforcement experts, and our podcast. Follow the efforts of the National Police Association more closely on their website nationalpolice.org.