Traditional marriage vs Love Based Marriage : A Shocking Correlation Between The Way You Get Married & Clinical Depression

In the Middle East, the practice of traditional marriage is still dominating as the accepted form of relationships & the only way you can get married through it. In this article, I am going to psycho-analytically Dissect why am totally against these practice & how it can lead to devastating consequences which Includes Clinical depression.

The Meaning of Traditional Marriage

The meaning of Traditional Marriage is the one where you meet the girl once or twice, & based upon how comfortable you feel , You sign the contract of marriage.

Some families or tribes allow a period of dating for a year under the label of verbal engagement. Due to the Influence of their religious beliefs, Social Norms & traditions , It would be understandable why they need a verbal engagement deal to allow such a period of dating . Even though this is also a traditional way of getting married but its much more sophisticated in comparison to the one setting deal that am trying to focus upon in this article.

The Factors that help families judge a man to be a good partner for their daughter is his ethnic group , religious sect & his financial status. These are the real factors but they claim that they would accept any moral decent guy but that is not true, most of the time

Main Arguments About Traditional Marriage From A Psychological Perspective

Humans are complex emotional creatures & to know a person, feel safe with him, trust him, you might need a year or so of accumulated actions that show the true colors of the other person. Throwing someone into a life contract after a meeting or two is just insane but unfortunately when the customs , traditions & norms take over without being examined from a scientific perspective , that would create & recreate toxic dynamics in the relationships & in society as a whole.

In the case of Traditional Marriage, two Individuals who met few times are married & within less than few months, the wife bears a child. Once they realize they are incompatible, divorce is not that easy due to family pressure & stigma upon divorced women mostly & men to a lesser extent. So a dysfunctional relationship with incompatible partners might continue for years. From my clinical practice in the Middle East, the marriages are either Social Image in front of society, Incompatible partners who continue for their kids, Stockholm-like relationship with a dominant man & submissive woman mostly. I can say that 90% of marriages or more belong to those categories. Cases of infidelity , Clinical depression or Anxiety disorders from the emotional suppression that one or both partners might accumulate from this dysfunctional relationship , unhealthy attachment styles with co-dependency , early divorce with multiple kids who suffer needlessly , are all potential consequences of such a marriage.

I Do think that if people in the middle east started embarking on their own self-development journey & the collective conscious state is raised , people will start questioning their beliefs & social norms , and applying what makes sense with adjustments that matches the psycho-analytic relationship sciences which is going to make a radical change in the way of raising conscious mature kids. 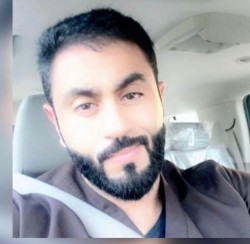