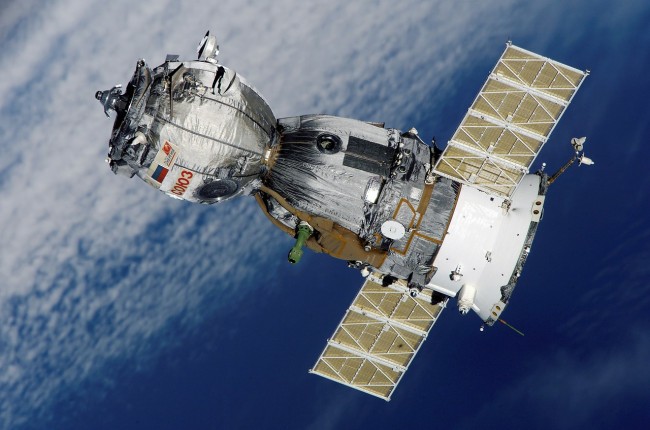 As brand new technology becomes more accessible and more accurate, people are starting to become more invested in how they can use it to make money. One of those things is satellite imagery. Real-time satellite imagery is especially interesting to many people because it can provide you a picture of anywhere on the Earth, no matter where you happen to be.

Some people have started using real-time satellite imagery to predict stock prices, attempting to get ahead of the market and make a bigger profit when a business becomes more profitable. Is that a tactic that could actually pay off in the long run?

What Is Real-Time Satellite Imagery?

Real-time satellite imagery describes a satellite image updated regularly. The regularity of the updating can vary from company to company, but can be as quick as around three hours for some of the most well-equipped companies transmitting data from the most highly-trafficked areas.

Satellite imagery has a few restrictions that make it more difficult to choose the right type of satellite imagery for your needs. For example, you may need a certain amount of visibility for the information you're trying to gather, and some satellites may not have that much visibility. Real-time satellite imagery also often isn't feasible for the entire world, leading different companies to focus on different areas.

Have Satellites Been Used to Predict Profits Before?

Yes, some investors and businesspeople have used satellites to predict profits in the past. An early satellite analyzing company used it mostly to help stock analysts correctly understand a company's stock pricing and whether it would boom or bust.

The concept, it seems, came from the way Sam Walton, the founder of Walmart, monitored how well stores were doing. He hired individuals to count cars in the parking lots of his Walmart stores. The founders of this company considered the question: What if they could count all the cars at every Walmart in real time? It proved accurate, and they kept doing it.

How Expensive Is It to Use Real-Time Satellite Imagery?

However, it's common for brand new software and information to be extremely expensive for a few years or decades, then slowly but consistently decline in cost. As companies like NASA try to make some form of real-time satellite imagery available in an open-source format, it's likely that this cost will lower eventually.

Is It Legal to Use Real-Time Satellite Imagery to Predict Profits?

Right now, yes. However, it's driven comparisons to insider trading, a practice that is definitely illegal. Because it's information that's only accessible to the very rich, some people believe that it would be a good idea to disallow the practice.

Back in the 1960s, there was an initial push to make it a requirement that all investors have equal access to trading information. However, this never came into law. Now, it's unlikely to ever become enshrined in law, meaning this will probably still remain legal for the foreseeable future.

Will Real-Time Satellite Imagery Stop Being As Profitable Eventually?

As is typically the case, the value of real-time satellite imagery probably relies at least partially on the fact that it's not accessible to many people. Some people have speculated whether that means its value will deteriorate as the general public starts to have access.

Although it will probably have less value, it might not decline entirely. The ability for people to have real-time access to satellite imagery around the globe enables many advancements for investors and the economy as a whole. While some people probably won't use satellite imagery in business-making choices, the people who do will probably reap rewards.

People have been using satellite imagery for a remarkable amount of time, and it doesn't look like it's going to stop anytime soon. If you're looking to get an edge on your competitors, satellite imagery may be the right move.