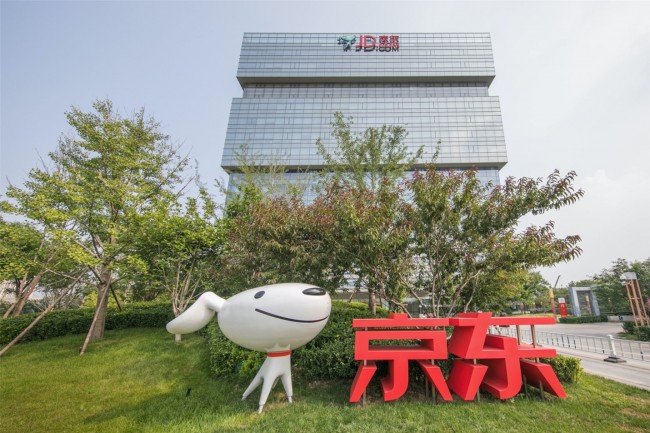 Every business starts with an idea. A realized hole in the market, a product that hasn't been created yet, a solution to a problem. The belief in an idea can be the driving force behind many entrepreneurs as they dedicate countless hours of time and energy to growing their business from the ground up. What is not often talked about is the reality that sometimes the original vision you have for your company is not the way in which it will viably succeed. In fact, few businesses have become successful exactly as they were first envisioned by their founders.  There are too many variables that are too hard to predict, all of which could render your otherwise brilliant idea inert. Sometimes they pivot because of crowding markets such as with Twitter, which actually began as a network where people could find and subscribe to podcasts. When they realized that iTunes was quickly encroaching on the podcast niche, they came up with the idea of status-updating micro-blogging, thus building one of the most successful social networking platforms of all time. A pivot may occur to enter a larger market, as with YouTube. Originally conceived as a video-based dating service, the company soon realized that demand existed for a source that would host wider and more efficient video content, becoming the company that Google would eventually acquire for $65 billion.

One exemplary case of accomplishing multiple pivots lies in the work of Richard Liu and his company JD.com. Starting the business as a tiny booth selling magneto-optical drives in a tech bazaar, Liu's keen ability to recognize global trends has seen the business take on many iterations, from a successful chain of brick-and-mortar electronics stores to an e-commerce company with a scale that rivaled that of Amazon to its foray into fintech and healthcare. Below, we take an in-depth look at the journey Liu's JD.com has taken in a case study of perfecting the pivot.

Although Liu pursued a sociology degree with the intention of getting into politics, by the time he graduated he already had a taste of entrepreneurship that left him hungry for more. Having taught himself computer programming in his spare time, he was able to turn that hobby into a lucrative side business thanks to an increasing demand for the service in China. Seeking for another way to flex his entrepreneurial muscles, he opened a small diner located just outside of his university's campus but quickly found that he lacked the managerial experience needed to operate a business. His employees took advantage of this, providing him with faulty reimbursement receipts and even simply stealing money from the till until he was forced to close the business after less than a year. Although disappointing, it ultimately comes with the territory of being an entrepreneur that is trying as hard as you might, sometimes business ventures fail. The key is to learn from them as Liu would soon show to do and keep moving forward.

After graduating from university, Liu took a position at an herbal supplement company to gain management experience, eventually becoming director of computers and service and gaining some much needed experience in managing a team. He also earned his executive master of business administration degree, and after two years was ready to start his next venture: a tiny stall selling magneto-optical drives called "Jingdong," the humble beginnings of what would eventually become JD.com. Opting this time to focus on his interests in technology, he chose to open a booth in Zhongguancun. Known as the city's "electronics avenue" at the time, the area had become a technological hub where one could spend hours perusing the stalls, although many were filled with counterfeit and poor quality products. Because one couldn't be guaranteed of the quality of the item you were purchasing, haggling was also the norm but Liu knew from the beginning that he wanted to separate his store from the rest by focusing on quality and customer satisfaction. He made the novel decision to put price tags on all of his items, telling his shoppers that while the prices were as marked and he was not willing to accept anything less, he could guarantee the authenticity and quality of each item available in his 4-square-meter stall.

Thanks to Liu's business model he was able to quickly gain the trust of the initially wary Chinese consumer, and within five years had turned his tiny stall into a chain of retail electronic stores. With twelve locations across three cities his business had experienced the explosive growth that many entrepreneurs can only dream of, but in 2003 the SARS epidemic aided him in realizing the potential onlines sales held. As consumers sought to remain in their homes in order to avoid catching and spreading the virus Liu was forced to temporarily close all of his locations, a major blow to any business owner's source of revenue. In order to continue moving products and generating revenue he was forced to get creative, and he personally began posting his electronics for sale in online bulletin boards. He found that although people were staying inside, they still had needs and were increasingly turning online to have them met. He was able to keep his business afloat through sales made online, and even after he was able to reopen all of his brick-and-mortar locations he brought on one employee to continue selling his products online.

Liu continued to operate his business in this manner for a year, but in that time realized that the e-commerce world was in no way slowing down just because the epidemic had ended. Although it would mean a complete overhaul of his business model, he knew the best way forward for his business was to pivot and take the company entirely online. To save money on rent he started sleeping in his office rather than renting an apartment, and wrote the initial code for the website himself, launching JD.com in early 2004. Although he shifted from retail locations to an online presence he didn't want to lose the connection to his customers, and so for a good amount of time he was the sole customer service representative, answering any and every question people had in order to gain a better understanding of his base. He set an alarm clock that would go off every two hours during the night, during which he would wake up and check to see if there were any new questions that had been asked. Liu even personally handled most of the deliveries, and to this day spends one day a year as a JD.com delivery driver.

From a tiny booth selling a niche product, to a successful chain of retail electronics stores, to now operating as an e-commerce website whose breadth was expanding to new markets, Liu's ability to anticipate market trends while remaining dedicated to providing the ultimate customer experience saw his website grow just as its previous iterations had. After operating the business for three years he decided to move the entire logistical network for the website in-house, a move that would require intensive planning, massive infrastructure and capital in order to hire the delivery drivers, purchase warehouses, and train hundreds of customer service representatives. Although many considered him crazy at the time, this strategy has proven to be a key factor in the company's success, allowing complete control over customer experience while also opening up previously untapped markets such as third and fourth-tier cities whose consumers previously had to travel miles in order to purchase the goods they needed.

Officially taking on the name JD.com in 2013, it soon became China's largest retailer carrying everything from home appliances to luxury clothing. Thanks to the logistical network Liu invested in, the company was able to achieve same or next day deliveries for 90 percent of its orders, and began dipping its toes into other areas of services outside of consumer goods. From groceries on demand to an online pharmacy, Liu sought to expand who JD.com was as a company while remaining true to the company's core tenants of innovation and customer satisfaction. He also began to invest heavily in drone and information technology such as artificial intelligence, finding new ways for the technology to be implemented into their ecommerce business from customer service to automated warehouses and drone deliveries.

By 2020, it became clear to Liu that while he had built an incredibly successful ecommerce business, their value extended beyond that of consumer goods. In an open letter to his employees he announced their most recent pivot, from a business based solely in retail to that of a supply chain-based technology and service enterprise. Within the retail space JD.com has begun offering their logistical services to third parties, helping merchants maximize efficiency by utilizing big data to make accurate inventory predictions and optimize warehouse layouts. But their digitized and intelligent technology has applications well beyond the retail space, for example in the field of agriculture they have worked with farmers on utilizing artificial intelligence, internet of things, robots, and edge computing to digitize traditional agriculture practices in order to help reduce costs and improve efficiency in the agricultural sector. Within their JD Health subsidiary, JD has reconstructed the medical supply chain to better support daily needs, and introduced an app that has helped millions of people have access to healthcare during the coronavirus pandemic and is the largest online healthcare platform in China. As Liu continues to expand JD.com beyond retail, the company has restructured in anticipation. JD Health made its debut on the Hong Kong Stock Exchange, and rumors have been swirling that JD Logistics will also soon be listed. It has transferred its cloud computing and artificial intelligence operations as well as other assets from JD.com to the subsidiary JD Technology, indicating an increased focus on broad applications for their technological developments.

In order for a business to remain relevant, its leaders must always be one step ahead of the game, anticipating the needs of consumers sometimes even before they know it themselves. If Richard Liu had refused to pivot his business, he may not have been able to have grown it to the third-largest internet company in the world in terms of revenue, with over 300 million active users and more than 150,000 employees. Pivoting your business model does not mean giving up on your original dream or idea. Rather, it is about letting the business you created take on a life of its own and knowing when a change in direction could mean the difference between achieving success and becoming irrelevant.