A space startup by Mikhail Kokorich plans to go public. What are the risks? 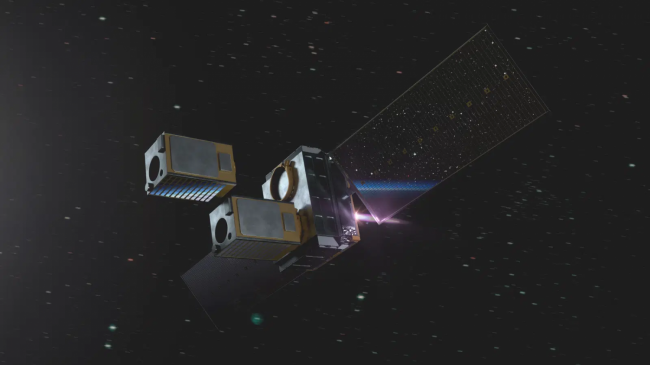 SPAC - a Risky Way for a Space Startup to Go Public

Going public usually means more trust and financial support for a business from potential investors. Therefore, some shady companies might turn to this idea as a lifebuoy to get additional funding when other tools do not work. Going public can have different forms, one of them being special purpose acquisition companies (SPACs).

What is a SPAC company?

SPAC is a blank check company created specifically to acquire a business later. This model is quite popular among ventures as it allows going public in a simplified way, i.e. without passing through many serious checks and investigations. Instead, the "empty company," which is already publicly traded, purchases the one intending to get listed. After the transaction is finished and all the issues settled, a new business appears on the trading market.

This idea is not a new one, also for space businesses. Last year, a space travel startup Virgin Galactic used this model to go public. Earlier this year news appeared about yet another startup. This time, all the fuss is about Momentus Space based in California and established by a Russian expat Mikhail Kokorich.

Why does Momentus Need Publicity?

There are several benefits of going public, one of them being increased trust to the company, both from the government and the investors. This also proves that the company passes through regular checks, which turns it into a reliable partner. However, this does not mean the company has nothing to hide. The case of Momentus seems to be the one where they seek to gain more trust and show more transparency. Nevertheless, one has to pay attention to even small details.

In particular, the Momentus CEO has a long history of business activities, and only some of them have been successful. For instance, he was previously engaged in an organization called Astro Digital until the authorities required him to leave because of the Russian scent and geopolitical concerns related to allowing a foreigner work with dual-use technologies.

Since then, the businessman has started a new venture, though he has not received the permission yet. In contrast, American authorities are even looking into his activities to investigate if there have been any instances of illegal use technologies or violation of export prohibition rules. All things considered, investors might be worried that the problems of the company's CEO might hinder the startup from developing in a way that is expected. As a result, investments come at a significantly higher risk.

This is moreover the case considering all the court proceedings Mikhail Kokorich is involved in. In 2018 a lawsuit was filed against Kokorich and his companions for the fraudulent use of investment funds. The legal proceedings continue. Also, his Russian company - Dauria Aerospace - recently announced bankruptcy due to court proceedings in Russia.

As a matter of fact, it appears that the success of an IPO by Momentus Space and its future existence depend on whether the company's CEO will receive permission to work with "dual-use" technologies. And it remains to be seen if this happens, considering Russian descent and involvement in court proceedings. If the company's CEO is still treated as a foreigner after seven years in the US, what are the chances that the government will create an opportunity for him now?